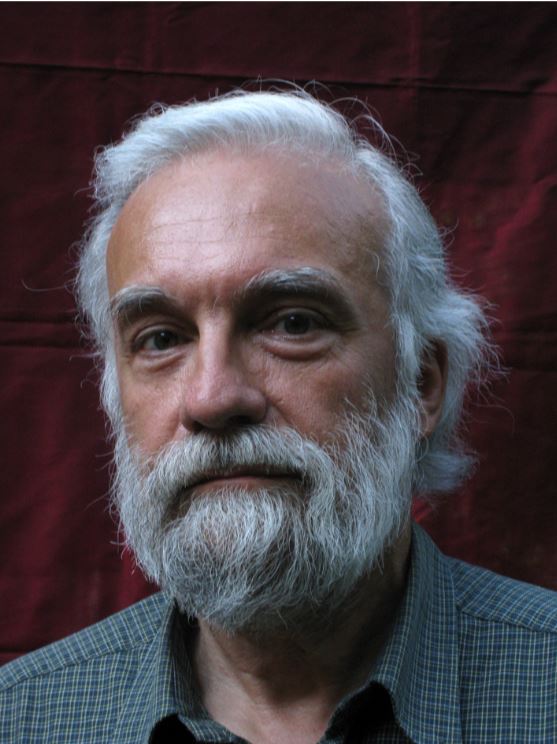 Born on 1 February 1945, he studied Fine Arts (painting and sculpture) and in that period drunk too much with student actors, from which a few of them later became director. This resulted in a switch to a non planned scenographer career with a first production in 1974. After about 17 years as freelance scenographer, in 1991 he became head of scenography at the Royal Youth Theatre (KJT) in Antwerp. He designed more than 50 productions, with work selected for the PQ ‘83 and ‘87 and for Novi Sad in ’84. He designed for drama and musicals, combining this with designing and making special props, masks and sculptures for countless other productions.

He was awarded in Antwerp for designing “Rashomon” by Kanin in 1980, for “Oedipus” in a dramatised version of Hugo Claus in 1981, and for “The possessed” by Albert Camus in 1984. Half of his design work was by order of the famous “Royal Youth Theatre” in Antwerp, where he finally became Head of Design in 1993. Resigned from the Royal Youth Theatre in 2000, he continued to be involved as scenography representative for Belgium in OISTAT, the International Organization of Scenographers, Theatre Architects and Technicians.

Up to 1980, year where the Bourla theatre closed until the reopening in 1993, he made several productions for the KJT that performed in the Bourla theatre on Wednesday, Saturday and Sunday afternoon. But the same building was also the base of the National Flemish Theatre Company (KNS) which was performing each evening for adult public. It was formally forbidden to the KJT to use any bar that was in use by the running KNS production. As the historic Bourla theatre (opened in 1834) offers only 24 bars that includes the bars for regular lighting and masking, you can imagine the problems for a scenographer who had to design some 20plus scene changes for a family musical with one or two free bars left. But then Jerome discovered the historic under-stage equipment and its obvious possibilities. As this “old junk” hasn’t been used in living memory and regarded as inferior to modern technology, the “adult” KNS had no problem this would be used by the youth theatre. Man, they will have a good laugh with Jerome! But all heritage machinery worked perfect and the many scene changes went smooth.

So you can imagine his anger when by his contacts in OISTAT (thank you Louis Janssen!) during an EC meeting in Cairo, he learned that the Municipality of Antwerp was on its way to destroy in silence the heritage theatre machinery in the Bourla theatre in sake of modernisation. Together with Peter McKinnon, supported by the York University, Jerome was involved in organising the international conference “Wood and Canvas (and rabbit glue) in the Modern World” to try to stop this heritage catastrophe. One of the 18 presentations of the conference was Jerome’s demonstration with a 1/10 scale model to prove what kind of many unexpected things you are able to do with this heritage technology serving contemporary scenography.

As result of this conference PERSPECTIV nominated the Bourla heritage theatre machinery to be included in “The 7 most endangered heritage sites in Europe”, a project of Europa Nostra, that “awarded” this nomination to lead its final list of the 7 most endangered sites of 2014. This fact finally brought the Bourla machinery in the Belgian newspapers and on Television, which stopped the plans and forced a new international request for restoration/renovation proposals with as main request to keep the heritage machinery - in good workable condition - on its location.